Apparently, the best modeling amp isn’t that obvious equipment when it comes to brands and quality. Looking at these factors, we see that there has been a clear difference in modeling amps lately.

Fortunately, this article will help you select out the best modeling amp for your guitar by giving you amp reviews.
It is essential that you have the best sounding modeling amplifier to create a great sound. Choosing one is difficult because there are many factors to consider, ensuring that you find the right one.

The Fender Champion 20 is one of the loudest among top-rated modeling amps, and fortunately, it has a wide range of controls on it, so this allows you to create a mix of sound effects. By purchasing it, you are given a footswitch which is a great addition, so you do not have to spend extra money. I had tested the Fender Champion 20, and in my opinion, it is very durable. On the other hand, the sound quality is decent as for the best modeling amplifier. However, it can give a disturbing noise even after the FX effect has been turned off. In conclusion, I am still trying out all of the possible combinations, and the sound effects I hear are quite intriguing.

With 11 amp voices, 8 types of effects, and 8-lb weight, the Mini5 can replace many boards and become your best modeling amplifier. It’s versatile and portable, can work from an AC outlet or alkaline (6 ones of LR6 type) batteries, and lets you experiment with tones, rhythms, effects, and even wattage.

The diversity of tones on this amp might dazzle at first. The voices mimic the amps from the Valvetronix series and do that precisely. You can go from clean signal to hard metal distortion, and have a lot in between, too. The amp packs 99 rhythms and lets you adjust them to your liking via the “Tempo” and “Level” knobs. You can variate your beats from 40 to 240 BPM according to your style. There’s also an E-tuner letting you tune your guitar from E1 to E6 on the spot.

The FX panel is represented by 2 knobs letting you combine the effects and experiment with the sound. Tremolo, Chorus, Flanger, and Compressor are regulated by the upper knob, and Echo, Room, Spring, and AutoDelay by the bottom one. The general controls include Gain and Volume knobs, as well as Trim and Send ones. The Vox modeling amp lets you adjust the output to your personal preference / situation offering three wattage modes: 0.1W, 1.5W, and 5W.

Looking for a tool to diversify your sound and record it? This guitar amp for modeling does both. It features 5 natural-sounding amp voices, lets you regulate the wattage, and connects to a variety of equipment including the pedals, recording decks, mixers, etc.

Ready for traveling, this combo amp can work within different AC systems. It accepts 100V, 115/117V, 220/230V, and 240V current, and can produce the sound at 0.5W, 50W, and 100W. It also has a built-in speaker with 5-inch clean-sounding driver, great for monitoring your output. You can also connect the speakers (with 8-Ohm and higher impedance) or headphones via the dedicated outputs.

The amp voice performance is regulated via the Gain and Volume controllers. The effects include the Reverb (separate knob), Booster and Mod (via a single knob), and FX and Delay (single knob). The knobs let choose different variations of these effects (three per effect). Besides, the unit has the GA-FC port to hook up to the Boss foot controller. There are also Send and Return connections to create the effect loop and have more clarity, say, for your Delay sound. A separate Express pedal input lets you get the Expression effect and combine it with your onboard settings.

The MIDI port lets you connect the mixer or other editing tools to expand further the tones and effects palette. The USB Type B lets you hook up a PC for recording, firmware updates, and access to the Boss Tone Studio. The AUX in jack serves for analog connections.

This compact unit has almost every essential feature appreciated in bigger (and much more expensive) amps. It imitates the sound of 11 classic amplifiers that have been used for metal, rock, jazz, and other genres. 8 effects let you diversify your music without connecting the relevant pedals. Besides, the amp is built solid, and all the inputs and controls feel sturdy and have a medium response. If you’re fine with the limit of 3W output, it would probably make the best small modeling amp for both beginners and professional players.

The control panel provides for a variety of tones and effects produced. The voices’ presence and volume can be set with the Tone, Volume, and Gain knobs letting you find a sweet spot, e.g. between US High Gain amps and Calibration Metal voice. The knobs have the inscriptions guiding the user on the way to tweak the clean channel (high tone and low gain) and further experiment with the sound. The FX panel is controlled with the Trim and Send knobs setting the timing and intensity of the Delay / Reverb effect. The guitar modeling amp is equipped with Bassilator boosting the low-end and making the sub-low tones present even if the volume is set to the minimum level.

Connections of this amp include the ports for guitar input, headphones, microphone, and AUX input.

While this amp doesn’t support multiple tube amp voices, it provides a versatile functionality to tweak the built-in tones and effects Delay and Reverb. For the tones, it integrates 3 channels with the distinct difference in gain: clean line, overdriven sound, and distorted signal. With an integrated Drums section and metronome functionality, it well can be the best modeling guitar amp for those who don’t need a preset variety of voices and effects. Another thing to keep in mind is that the maximum output of the amp makes 3W, so it doesn’t fit for on-stage performance and large gatherings.

Despite the fact that it belongs to cheap guitar amps, the effects panel includes Delay and Reverb modes, which work precisely. The Delay can be controlled via the Tap Tempo button setting the actual delay period. The button also controls the Drum effect letting you set the rhythm at your preference. There are 9 preset Drum beats available, and a Metronome to practice the rhythm performance.

The compact form of this amp leaves little room for controls and thus, many are of dual-action type regulating 2 and more functions. Still, the knobs and buttons are laid out in a comprehensive and intuitive way, and it’s easy to get used to operating them. The amp can also be controlled via the smartphone app through Bluetooth.

The inputs on this unit are the guitar port, AUX in, headphones jack (can be used for a headset or audio interface connection), the power cable plug, and the USB port.

The number of voices and effects on this amp is exceeding 200. However, the most noteworthy is its ability to apply effects simultaneously and let you create your own sound signature. The amplifier combines up to 8 effects / tones / cabinet distortion types. It integrates the presets of 3 types (128 in total):

There are 78 amp voices, and the FX panel counts 101 effects. The Drive and Volume knobs serve both for tone dialing and effect tweaking. The shifting between the modes is performed via the relevant buttons Amp / FX.

The additional features on the Line 6 modeling amp are plenty as well. The Drum effects are quite versatile and let you play various rhythms. The Metronome is handy to train the rhythmics, and the integrated tuner can be used for a variety of instruments.

The amp has its own speaker with an 8-inch woofer and tweeter. The output can be tuned with the onboard EQ controls (Bass, Mid, Treble). The amp has two types of USB ports (Type B for Mac / Android devices and type A for iPhone / iPad), an FBV controller port, a ¼-inch headphones jack, and an AC plug.

The Peavey Vypyr VIP 1 may become your best sounding modeling amp and it is very satisfactory for every requirement. It has a wide range of features which are very flexible. It is very loud, and the sound it emits is very clear. But, it is quite complicated to understand at first. The Peavey modeling amp allows you to save changes that you have made to the effects which you have made so that you do not have to start all over again after switching it off.

Modeling Amp. What Exactly Is It?

Modeling amps take you a step farther in the right direction because they possess extra digital processors that will reproduce the tunes of various kinds of amplifiers and a wide range of sound effects. The questions you might ask at this moment are what is a modeling amp and why should you include a modeling amp into your list of equipment?
Well, here are a few advantages to help you decide.

As a result of the fact that these modeling amps have been created with modern technology in mind, they are lightweight, and so this makes them very easy to carry around. For musicians who move around to perform in various towns or various locations in general then a modeling amp is best because they do not have to carry around a huge pedalboard or multiple amplifiers

The dependability is all thanks to the motherboard. The filaments utilized are just like the ones in bulbs, they can break easily, and so when this occurs you will have to change it. It is also possible for the glass tubes to fray, and you might never know when this happens, but digital amps will ensure that you do not go through any of these.

How Often You Should Clean Your Vinyl Records?

A Mic Preamp – Why Do You Need It And How to Use It? 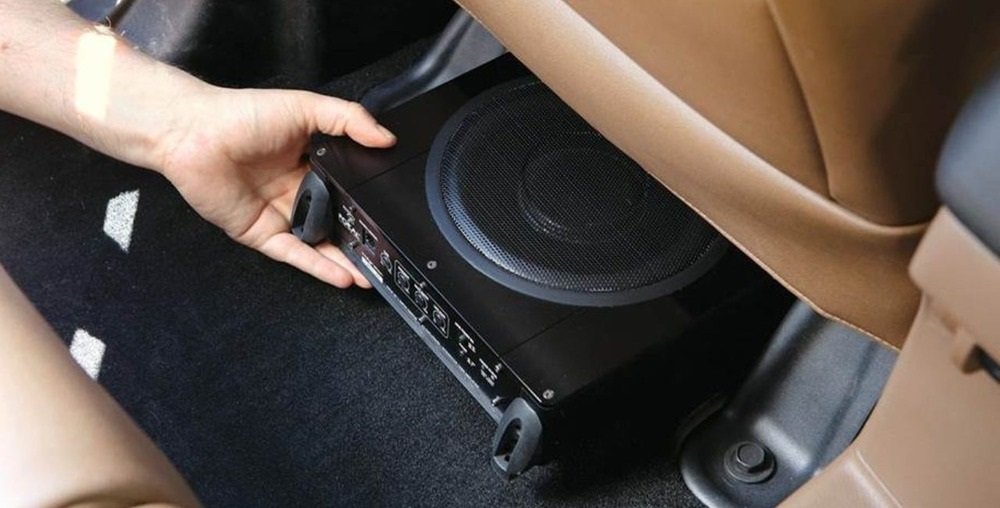